As there is no GPR fitting kit for the MT/FJ-09 Tracer yet, I ordered the kit for the standard FZ/MT-09. The kit and stabilizer (U.S.A. spelling) is part number 5011-4099. The supplier was Brook Suspension in the U.K. The fitting kit comes with replacement handlebar clamps which were not needed, and were too low for the tracer, and would cause the handlebars to come into contact with the fuel tank.

Removal of the tank panel and side panels was needed to give clear access to the top triple clamp and handlebar clamps.

The kit comes with a new lower profile steering head nut (32mm socket) and washer, it was torqued up to 80ft/lb. the original studs fitted to the handlebar clamps were too short to pass through the new damper mounting plate and the top triple clamp, so I removed them, unfortunately, the replacement bolts were too long, so I used a 3mm spacer instead of cutting the hardened bolts to size. The damper mounting plate fitted between the handlebar clamps. It is marked 'this side up', so it will only go in one way. The new handlebar clamp bolts (17mm socket) were fed through into the triple clamp from underneath, and started by hand into the alloy handlebar clamps and then tightened to 29 ft/lb.

Next, the petrol tank front mounting bolt was removed. The damper arm locking bracket dropped straight into place and a new longer hex bolt clamped it down.

The main damper unit was bolted to the new bracket under the handlebars with 2 supplied hex bolts, the damper tongue slotting into the locking bracket. The damper tongue was then tightened into the bracket with a pinch bolt.

The bodywork was re-fitted.

I would suggest that this shouldn't be attempted unless you are reasonably proficient with mechanics, as it is a bit awkward at times. Having another person to hold the handlebars when removing the studs was also useful.

I will take the bike out tomorrow and play with the damper settings.

I hope this helps if you are thinking of fitting one of these dampers yourself. 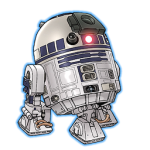 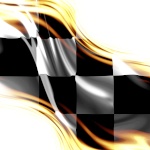